The third edition of NodeJSConf, will be held on January 25th 2014 in Brescia.

The venue is the same of last time: Centro Paolo VI in Brescia, a large and modern congress center located within a beautiful palace from the 1500, close to the city historical center. We’ll have a main room with 200 seats, closed and open spaces (weather permitting) to have coffeebreaks, lunch and places for chatting with other attendees; the address is Via Calini 30 – Brescia. 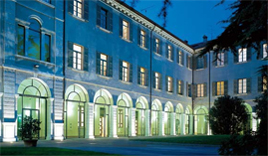 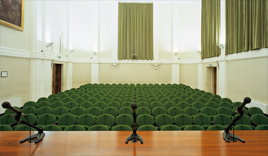 Centro Pastorale Paolo VI a Brescia The conference will be held at Centro Paolo VI in Brescia, a large and modern congress center located within a beautiful palace from the 1500, close to the city historical center.

We chose this venue because of its position, easy to reach both by train and by car, but primarily for the size of its meeting rooms, with the aim to accommodate as many attendees as possible.

The main room can seat up to 190 people, there are also other spaces which suits well for chatting, discussions and feedbacks. The beautiful cloister is going to host (weather permitting) lunch and coffee breaks.

The address is Via Calini 30 - Brescia.

If you come by car take the exit "Brescia Centro", and then: Google Maps.

If you come by train, right outside the Brescia Train Station you'll find the Bus Stop: take line 12 ("Sanpolino" direction) and get off at Corso Magenta. Following map shows directions from station (and our hotels) to the conference venue.
You can also take a taxi, it will cost you more or less 10€, or take a walk, it will take you 20 minutes.

If you come by plane, the nearest airports are Milano/Bergamo Orio al Serio and Verona airport

Gabriele Lana and Sandro Paganotti will guide you through the development of a fully functional web application that uses NodeJS  and AngularJS. The workshop aims to showcase how to work with the latest technology stack, we’ll explore methodologies, testing techniques, tips and tricks and some nice HTML5 features, such as websockets, in a real life working application.

The workshop will be held in italian, remember to bring your laptop!

Here’s some picture from the previous NodeJsConf edition 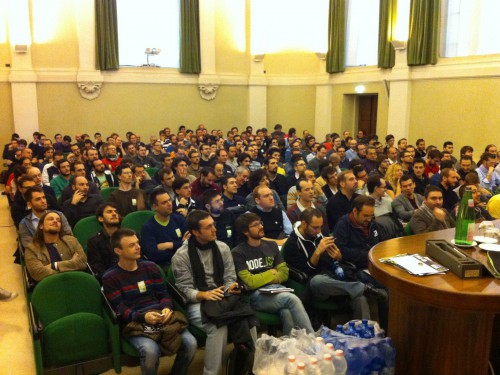 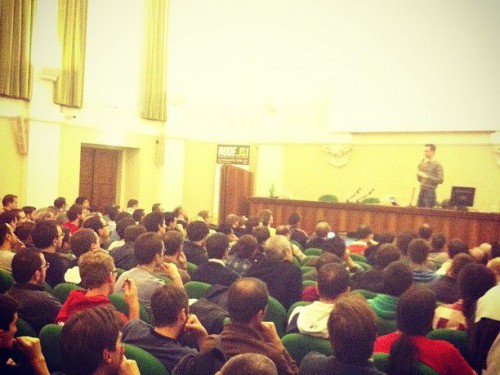 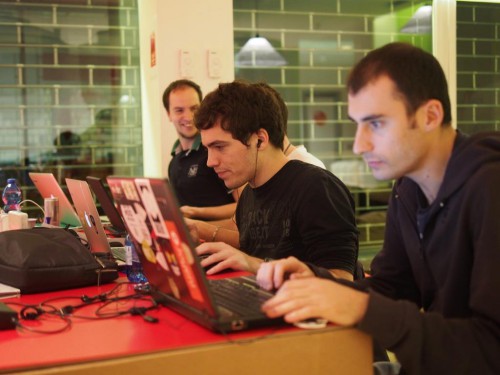 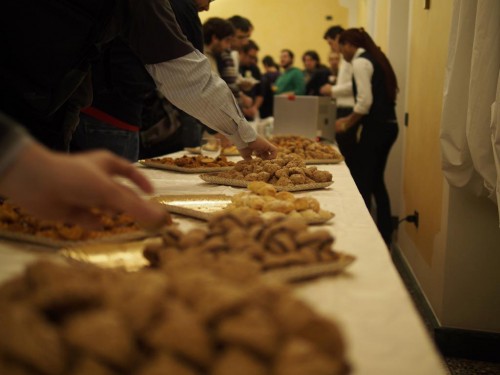 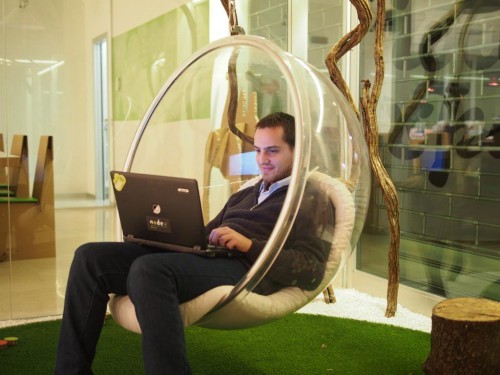